The Dangers of Building Your Business On Someone Else’s Platform

The post The Dangers of Building Your Business on Someone Else’s Platform appeared first on Plagiarism Today by Jonathan Bailey and is reprinted with permission.

BY JONATHAN BAILEY: On April 6, 2017, YouTube changed its advertising policies, shaking up its Partner Program, which had been around for roughly a decade.

The move was in response to an earlier controversy that saw mainstream ads being played next to violent, racist or otherwise offensive content. While initially it was claimed the changes would only modify who was eligible for the Partner Program, prominent YouTubers quickly saw their advertising revenue drop drastically.

Within a month, the term “Adpocalypse” was being widely used to describe the move as many prominent YouTube channels saw their revenue drastically cut. Though things have stabilized some, many channels are still feeling the pinch. One such channel is WhatCulture Wrestling, which was forced to cancel its recently-launched free program due to the loss of ad revenue.

Then on June 26, 2017, popular photo sharing site Photobucket dropped a bomb of its own on its users, updating its terms of service to disable hotlinking of all images uploaded to free accounts.

The result was that millions, if not billions of images stopped working on the web. All with no warning and the only way to restore them being to pay for a $399 per year account. This directly impacted many retailers on Amazon and eBay that had relied on Photobucket to host images on their behalf.

Both of these tales are difficult warnings about building your business on someone else’s platform. Far too many bloggers, filmmakers, musicians are learning that, when you build your empire on someone else’s soil, the ground can be pulled from under your feet.

This is a real problem in an internet where using other people’s platforms is increasing not optional. For many YouTubers, there is no practical alternative to the site and, while there are many image hosting sites, many needed some form of image hosting to make their efforts work.

So how do we deal with the fact that, in an era where we have to trust third parties, those parties are proving themselves to be very untrustworthy?

A Stack of Platforms 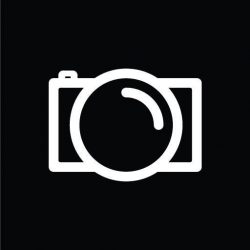 To be clear, every website relies on platforms controlled by others.

If you’re reading this, it’s because the core internet infrastructure is working and I certainly don’t have control over that. That includes everything from the DNS servers to the backbones that make up the web and its traffic.

But it goes far beyond that. Currently, the site is hosted by a company named LeaseWeb and uses Distil Networks content delivery network for speed and security. On top of that, I use WordPress as the blogging/site management platform and have a bevy of plugins that I use for functionality and speed enhancement.

On top of that, I use Facebook and Twitter to promote the site, I have a (sadly neglected) YouTube channel and I use a wide variety of tools to write, edit and manage my site and social media. I also, like most sites, depend heavily on Googlefor new traffic and visitors.

In short, there is a stack of platforms involved in running Plagiarism Today and this is a site without third-party advertising. Throw in that and there are advertising issues to consider including ad networks, advertisers and intermediaries.

This stack of platforms is true for pretty much any site. The question is, “What happens if any one of these stacks is removed?”

If LeaseWeb shuts down or removes me, it is trivial for me to pack up my data and move. In fact, for all but my social media efforts, there are fairly simple alternatives. This is why we’ve been able to survive major hosting disasters in the past.

This isn’t to say this site is invulnerable, it’s far from it (Google is likely my biggest vulnerability). But rather, that there’s no one platform that can unilaterally decide to pull the rug out from underneath me. That’s a big part of how I’ve been able to scratch out a decent living over the past 12 years.

However, that’s not a luxury all creators have. Many, just because of the nature of their content, find themselves at the mercy of just one decision-maker and twice this year we’ve seen what can happen when that decision-maker decides to pull the rug out. 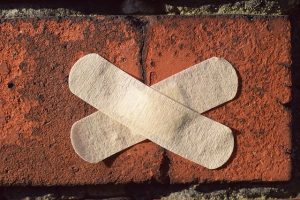 The problem with YouTube and Photobucket is that these sites create a single point of failure.

In YouTube’s case, it’s doubly so as YouTube controls both the hosting and the advertising.

These single points of failure are fine so long as they don’t actually fail. But, when YouTube decides to change its ad policy or Photobucket decides that hotlinking is unacceptable on free accounts, websites and businesses come crashing down in an instant.

If we take the analogy of a platform into the physical world, it’s like building a house of cards on someone else’s table. It’s a delicate and difficult thing as it is, but one that can be destroyed in an instant when the owner of the table decides it’s time to go home.

But, where it’s easy for creators such as myself to say that others should avoid such single points of failure, it’s just not practical. Few Youtubers, if any, have the resources needed to create their content, build a video hosting platform, find advertisers and then replace the built-in audience YouTube provides.

Photo hosting sites may be easier to replace, but for many online businesses their owners aren’t tech savvy enough to create their own solutions and don’t have the resources to have someone else do it.

For many, a single point of failure is just a reality. There’s nothing that they can do about it.

But despite that, it’s still worth taking the time to understand what those points of failure are and what, if anything, can be done to make their inevitable failure less catastrophic.

Doing What We Can

If you run a website or an online business, these are precarious times. The situations at YouTube and Photobucket should serve as warnings or reminders at just how fragile life on the internet really is.

As such, it’s worth taking a few moments to analyze your risk and see what you can do to minimize it.

The latter is, by far, the toughest step but we’ve already seen examples of this. YouTubers, for example, have been using Patreon and other crowdfunding sites to supplement income and defend against fluctuations in YouTube advertising. Likewise, Vessel, before it’s purchase by Verizon, was a service that provided alternative hosting to YouTubers and gave subscribers premium access.

Still, being aware of your weakpoints is the first step to mitigating them and that mitigation could be anything from creating simple backups to shifting the entire business model.

The important thing is to assume that it’s not a matter of “if” but “when” these fail points will break and to have a survival plan for that eventuality.

All of this sounds really good but even I have to acknowledge that it is not wholly practical.

There are no real replacements for YouTube. There’s no competitor of the size or scale to really fill that role. Likewise, there’s no real replacement to Facebook, Google Adwords and countless other services that websites and online businesses depend upon.

As long as we have a consolidated web, we’re going to have single points of failure and they will continue to cause businesses to fail.

While there are ways to mitigate and prepare, there’s often only so much that can be done. In those cases, the human toll such failures take is very real.

Because that’s the one thing we tend to forget on the internet. That behind every website and every online business is real people, people whose lives are impacted by these changes.

It’s something that, just maybe, companies should remember as they pull the rug out from underneath thousands or millions of their users.