There is a great deal of confusion and misunderstanding about the Fair Use doctrine of the US Copyright Act. Attorney Brock Shinen addresses how the Fair Use doctrine impacts church activities and unpacks the basic key elements of Fair Use. He has granted CCS permission to reprint his article. Here is Part 2 of the two-part series from Mr. Shinen.

Now that you have some tools to assist you in determining whether or not a use will be deemed “fair” without the copyright owner’s permission, think about the following examples:

You are the pastor of a large church. You just read a great book on living with purpose and would like to copy large portions of it for inclusion in your church’s newsletter. You instruct your secretary to make 1,000 copies of 35 pages of the best parts of the book. Result: Probably an infringement. Reason: Although the use is not commercial, you are copying substantial amounts of text from an original work that may result in lost sales to the owner of the copyright in the book, since your congregation may view your newsletter as the “cliff notes” and forego purchasing the book. Your purpose is to avoid creating your own original work and instead use without compensation a work created by someone else. You have copied much more than would be necessary to convey the thoughts and ideas you are trying to convey. Your purpose is improper, the nature of the original is presumably fiction, you copied a substantial amount, and the congregation may not purchase the book.

You are the worship pastor of your church. While driving along the highway, you hear a song entitled, “In This World,” on the radio. Although the song is clearly a secular song and was played on a secular station, you think you could change the words a bit and make it a “redemptive” song. You plan to write all new words for the versus, but plan to use the melody and the first line of the chorus, which reads, “In this world, there’s only one thing I need.” Since the song is about a man needing cigarettes and a bottle of alcohol, you think it would be great to rewrite the song to focus on how Jesus is the only thing we need. And, in keeping with the spirit of the original song, rather than go through the verses and talk about all the sins that keep you from living right, you will talk about how Jesus empowers us to overcome our sin. You write the song, and it turns out it’s a hit. You decide to record it and sell it for $15.00 at huge conference in the summer. Result: Probably not an infringement. Reason: Your purpose is most likely to comment on and/or criticize the original by showing how opposite life can be with Jesus in it (which is in striking contrast to the original song). You only use enough of the song to conjure up thoughts of the original, but you quickly use your own creativity to tell your story. Your use has become commercial, but you are not merely attempting to ride on the success of the original. Your use is unlikely to effect the market for the original (other than from a purely Christian perspective, in hoping that people might go out and by your song as a evangelistic means – and forego purchasing the original in the process), particularly since it is unlikely that the people buying your song would also be in the market for the original. Even if they were, however, it is conceivable that they would still purchase the original, since yours doesn’t replace it as much as it comments on it.

You are the director of music for a church. You have written down the names of ten songs you love and would like to record on a CD to be released by your church. Rather than record them live, you are going to simply “burn” each of the songs onto a single CD. The church is non- profit, and you will only be selling them for cost. Result: Probably an infringement. Reason: Your purpose is commercial (even though you are a non-profit entity and even though you are not making any money). Also, as in the first example, you are copying entire songs, which will certainly result in lost sales to the owners of the songs.

You are the editor of your church’s website. You have found some great photos on the Internet, and would like to include a few of them on the church’s website and in an electronic newsletter to be emailed to your congregation. The newsletter is free (although you have to subscribe to receive it) and you will give proper credit to the photographers in the newsletter and on the website. In fact, you will include a notice on the website that specifically states that the photos are copyrighted by someone else. Result: Probably an infringement, but depends on a number of factors. Reason: With respect to the website, you are taking entire photos and copying and displaying them without permission. Your copying and display are not for comment, criticism, etc. Rather, you are posting them simply because you believe that are great photos. Since a member of your congregation can now print off the pictures on his/her home printer, the market for those photos is diminished, notwithstanding your church’s non-commercial use. In addition, although you are not selling the electronic newsletter, courts often conclude in similar situations that your purpose is commercial in nature, since the use of copyrighted works will likely increase the value of your church (perhaps by increased membership/giving) – the commercial nature is indirect. You have also copied entire photos, making the amount copied substantial. On the other hand, if your purpose is to comment on or criticize the photos, then you are closer to a Fair Use. The photos are presumably a small portion of your article, preventing them from being the “heart” of your work. You giving proper credit does not help you, since you may still infringe even having given credit. In short, this is a tough call, and would depend on the nature of the article and the actual impact on the originals.

Hopefully you now have a better understanding on the nature of the Fair Use doctrine and its application. 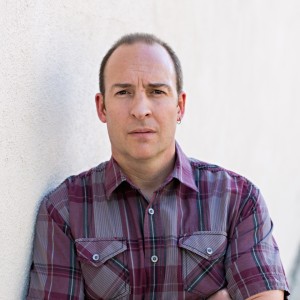 For more than a decade, Brock Shinen, Esq. has helped businesses, entrepreneurs, artists, and people pursuing their passions tilt and shift towards success.  MakeItHappen@BrockShinen.com.