What the Brexit Means for Copyright

This is a guest post written by Jonathan Bailey at Plagiarism Today. 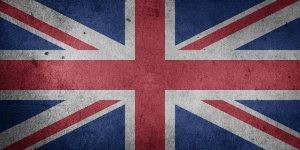 On Thursday of last week, voters in the United Kingdom voted by a slim margin to exit the European Union. The move has already sent shockwaves through the global economy and it’s clear the dust will be settling from this move for a very long time.

And the impact of the vote will be far-reaching for both the UK and EU. The move calls into question nearly every aspect of the law, including copyright.

Unfortunately, we don’t know what the outcome for much of this will be. Once the UK notifies the Council of its intent to withdraw, there will be two years of frantic negotiations that will determine how the UK works with its former blocmates moving forward.

Still, there are a few things we do know when it comes to copyright and they’re worth taking a look at as creators both in the UK and outside it have a great deal at stake.

After all, the UK’s move could affect all artists across the globe, not just those within its borders, as the EU has been at the forefront of copyright reform globally, not just among its members. 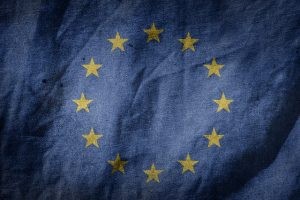 On matters of copyright, the EU’s focus has been on harmonization, as it has been in other areas of law.

However, progress on this front has not always been swift. Currently in the EU, copyright is still largely a national affair with the countries setting many of their own rules. This is partly because of difficulties reaching agreements and partly because international treaties such as the Berne Convention and the WIPO Copyright Treaty did a great deal or harmonization already.

Even with the Brexit, the UK will still be forced to follow the treaties it signed previously and will likely sign those implemented by the EU, preventing a complete and total shakeup their copyright law.

Still, there are areas where the EU made strides. This list by the law firm EIP, points to 9 key areas and they include:

However, the potentially most important EU copyright harmonization is one that is still in negotiation: The Digital Single Market.

The idea behind the digital single market is that digital goods and services should be able to travel across borders within the EU the same as people. For example, a Netflix user would be able to use their account both in their home country and while traveling.

This would require services to obtain licenses for the entire bloc rather than just for one nation in it and would essentially cause the entire EU to function as one nation for licensing purposes.

The strategy for this has already been adopted but and initiatives are due to be delivered by the end of this year.

However, for the UK, this report does not likely matter. It’s unlikely to be in the EU when and if it takes effect.

Still, that may not be certain. In fact, very little is certain at all because this is something that’s never happened before and there’s no real way to determine how things will shake out in the end. 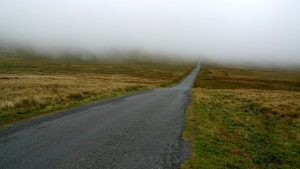 The big problem right now for copyright, and all areas of law and trade, is that we don’t really know what the UK leaving the EU will look like. Once they announce their intentions to leave, they’ll have two years to negotiate new agreements and create an orderly exit.

What those treaties and agreements will have in them is anyone’s guess.

One common proposal is that the UK could follow “The Norwegian Model” and exit the EU but remain in the European Economic Area (EEA). The advantages there would be that the UK would maintain its access to the EU market and would have greater autonomy, but it would have to continue to contribute to the EU and would lose any voice in EU policies.

If the UK took that approach, it would have to follow all EU copyright rules but would have no voice in them. This would include the Digital Single Market strategy should it come to pass.

If the UK doesn’t take this approach, then what happens next depends on the treaties it negotiates on the way out the door. However, it stands to reason that the UK will do everything it can to avoid major disruptions or shifts in its law, including copyright. Since none of the current copyright harmonizations have been particularly controversial in the UK, it’s likely they will remain intact.

However, in this scenario, they will not be joining the EU Single Market if it comes to fruition. It’s hard to say how this will impact rightsholders, especially given the early stage of the proposal, but it will likely be one of the most important changes to copyright in several decades.

Unless the UK joins the EEA, it’s a change they’ll miss out on, for better or worse.

Looking forward for the UK, the trade off when it comes to copyright is the same as it is with other areas of law. The UK gains more autonomy but loses a voice in the region. The EU will remain one of the UK’s most important trading partners and a crucial market for UK creators.

History will have to determine if this move was a good one or not, but there definitely will be change for the UK and everyone in it, including creators.

For creators elsewhere, the EU has grown to become one of the most important forces internationally for copyright. It’s weight has long given it sway in treaties and in copyright reform globally.

Now, depending on how this divorce shakes out, the EU could lose some of its gravity and the UK could emerge as a new significant, albeit smaller, player on the international stage.

How the UK will use its position when it comes to copyright remains to be seen, but there is little doubt that, eventually, it will.

Jonathan Bailey is a copyright and plagiarism consultant and has been helping small to medium sized creators protect their work for over 10 years. You can find him at his blog, Plagiarism Today, at his consulting firm, CopyByte and on Twitter and Facebook.

About Christian Copyright Solutions: CCS’s quest is to help churches and Christian ministries “do music right.”  CCS is an expert on church music copyrights and our primary focus is providing licensing and clear educational resources to churches, as well as representation, administration and advocacy for copyright owners. Follow us on Twitter, Facebook and Youtube. The information contained herein is for informational purposes only, and is not legal advice or a substitute for legal counsel.